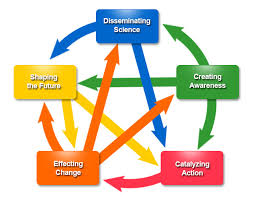 CORVALLIS, Ore. – Environmental scientists and policymakers value long-term research to an extent that far outstrips the amount of funding awarded for it, according to a study published today.

Graduate students and faculty members in the Oregon State University College of Science were part of a collaboration that evaluated the perceived benefits of long-term ecological and environmental studies – known as LTEES – to both researchers and those who determine environmental policy.

The issue is particularly important because support for LTEES by agencies such as the National Science Foundation is declining even though such research is disproportionately valued in comparison to the one- to five-year studies the agencies tend to support.

The OSU group was among 36 researchers who collectively analyzed the perceived value of LTEES, which can run for multiple decades, in research published in BioScience. The evaluation noted the policymaking and scientific communities’ growing appreciation and demand for studies that last much longer than the ones typically being funded.