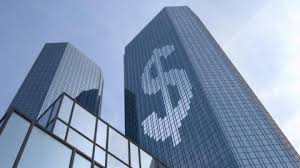 University of Texas at Dallas

Economists call it the Great Moderation: the long stretch of low inflation and steady growth in the United States and seven other developed nations from the mid-1980s until the recession hit in 2007.

These nations actually experienced greater eras of economic stability during the 1920s and after World War II, according to a new study by an economist at The University of Texas at Dallas. The research challenges accepted notions about the 1950s postwar economy and argues that policies from that era laid a foundation that continues to protect the economy from volatility in inflation and gross domestic product.

“Economists tend to reserve the qualifier ‘great’ only for the most important events — events that seem unprecedented in their magnitude or overall societal effect,” said Dr. Victor Valcarcel, associate professor of economics in the School of Economic, Political and Policy Sciences. “But we found that, while the 1980s Great Moderation was indeed impressive in terms of stability gains, it pales in comparison to greater moderations in inflation in the 1920s, and in both inflation and output growth in the 1950s and 1960s.”

The study, “What’s so great about the Great Moderation?” is available online and in an upcoming edition of the Journal of Macroeconomics. Valcarcel and co-author Dr. John Keating of the University of Kansas coined the terms “Postwar Moderation” and “Roaring ’20s Inflation Moderation” to describe those eras.