What’s the real extent of industry payments to doctors? 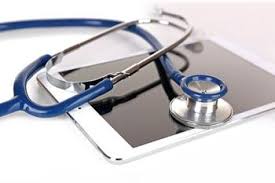 More than three in every five Americans see a doctor who receives some form of payment from industry. This is according to a new survey led by Genevieve Pham-Kanter of Drexel University’s Dornsife School of Public Health in the US. It is the first nationally representative study to examine the prevalence of industry payments among the general population of patients. The survey1 in the Journal of General Internal Medicine2, published by Springer, also shows that very few Americans know whether their own doctor in fact received industry-backed payments or gifts, or that such information is publicly available.

The survey was done in light of the Patient Protection and Affordable Care Act, which addresses concerns that industry payments could lead physicians to make decisions that are not in the best interest of their patients. Since 2013 the Act requires pharmaceutical and medical device manufacturers to report gifts and payments they make to healthcare providers. This information is publicly available on the Centers for Medicare and Medicaid Services’ Open Payments website.

The survey was done shortly before the first release of the Open Payments data in September 2014. A short online survey was completed by 3,542 adults. They were asked whether they were aware of industry payments, and to name the physicians they had seen most frequently in the previous year. These names were then linked to the Open Payment data to ascertain how often patients saw doctors who accepted industry payments.