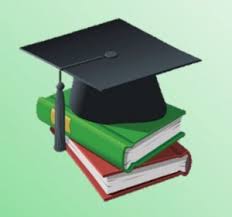 WACO, Texas (Feb. 8, 2017) – The establishment of university-affiliated incubators is often followed by a reduction in the quality of university innovations, according to a new study co-authored by a Baylor University entrepreneurship professor.

The study, published in Strategic Entrepreneurship Journal, analyzed nearly 56,000 patents granted from 1969-2012 to U.S.-based, research-intensive universities that have established incubators. Business incubators offer office and laboratory space, support facilities, coaching and networking for prospective entrepreneurs. About half of incubators in the U.S. are on a university campus, or otherwise sponsored by a university.

All of the 60-plus universities studied are members of the Association of American Universities. On average, researchers found “a strong negative association between the establishment of an incubator and the quality of patents produced subsequently by that university,” according to the study.

“Not only do university attempts to encourage innovation and entrepreneurship by incubating businesses seem to reduce the quality of subsequent scientific and technical innovations, but they also appear to reduce the income generated by innovative activities,” researchers wrote.

Baylor’s Peter Klein, Ph.D., professor of entrepreneurship and senior fellow in the Baugh Center for Entrepreneurship and Free Enterprise, explained that the study focused on the quality – not quantity – of the patents. Innovation quality was tested by looking at the university patents and their “forward citations” – the number of times these patents were cited in the bibliographies of subsequent patent applications.